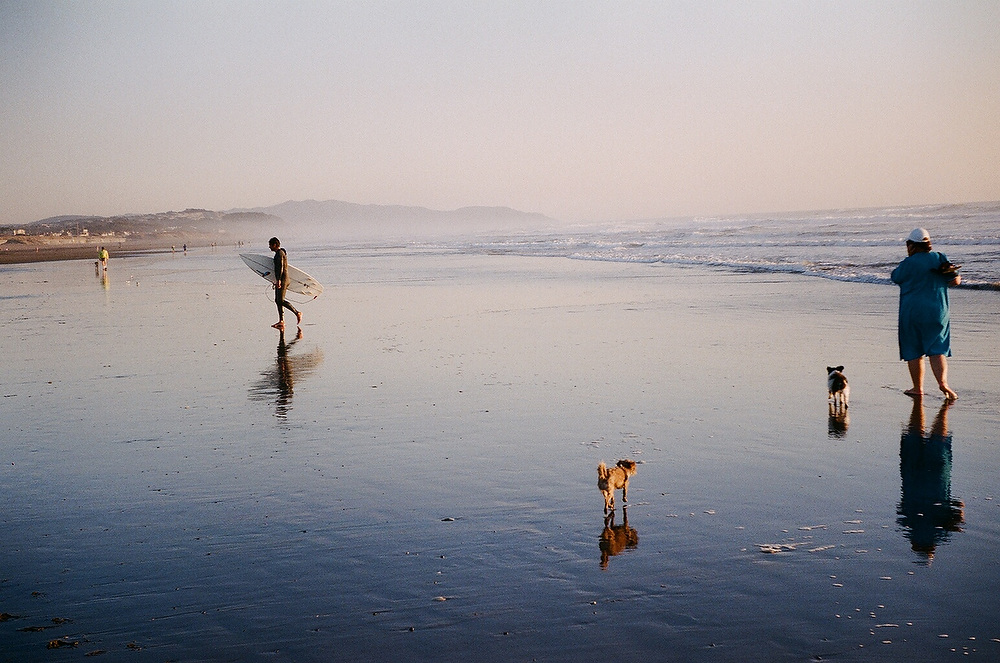 You know that question people ask: “If you could meet anyone, dead or alive, who would it be?”

My answer would be my grandfather (on my father’s side). I never met my dad’s dad. He passed away when my father was only 19 years old, 16 years before I came along.

I don’t know a lot about Robert Diefenbach.  I do know he was a navigator for a B24 Liberator during World War 2, after which he worked for the telephone industry in the Midwest. I know he married my grandmother Jean, had my aunt Pat and then my dad, Bill. That, and a few other details, pretty much summed up my knowledge of my mysterious patriarch.

This past Fall, grandma Jean moved out of her home and into assisted living. In the process, her house in Michigan was cleaned out and many family treasures were handed down to various family members. Being the resident family photographer, I was asked if I’d like to have grandpa Bob’s cameras.

This is when I learned, Grandpa was a camera nerd. 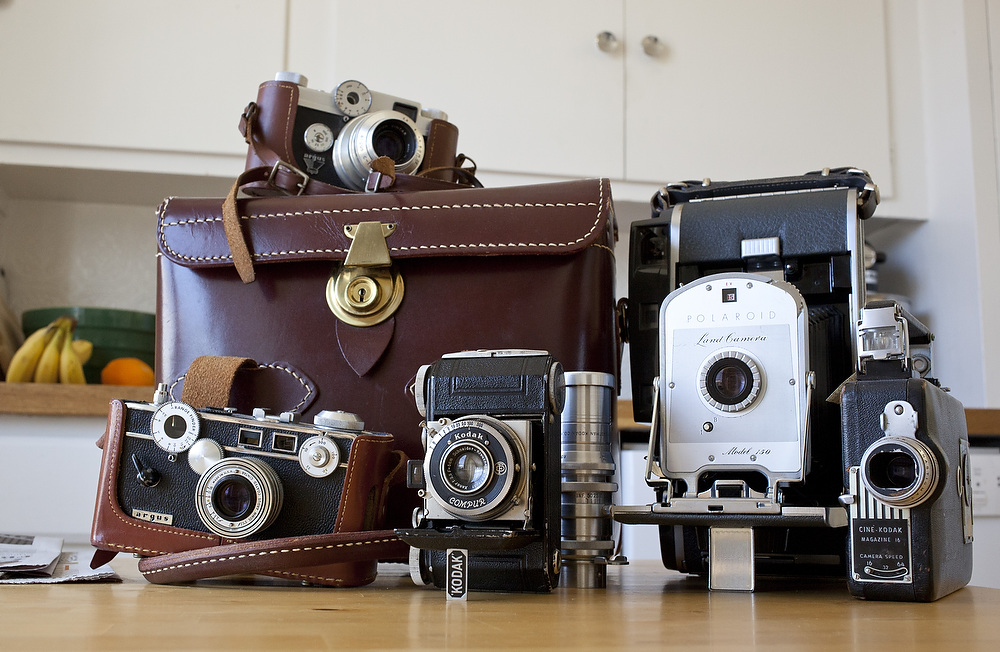 Adorning the small camera collection, was a trove of accouterment only the most serious amateurs would bother with. Pristine camera manuals, various filters, matching leather handbags, extra lenses, cleaning equipment, the list goes on.

I was in rural Michigan when Aunt Pat brought me the collection of cameras. After an hour or so of tinkering with the various bodies, I quickly headed into town and bought film at the only place available: Walgreens.

The crappy generic film would have to suffice. I spent my remaining days in Northern Michigan, along the Au Sable river, photographing everything with my grandfather’s Argus C4, the easiest of the 5 cameras to use by far.

This was the closest connection I have ever felt to my grandfather.

Over the next few months I will be using these cameras to imagine how Robert Diefenbach may have felt like making pictures. I will be using a mixture of new film as well as expired color film from the 2000’s I got from a college photo professor back in the day.

First up: the Argus C4

Made in Ann Arbor, Michigan, the Argus C4 is the most practical in the collection. Winding the film also cocks the shutter (like most 70’s and 80’s SLRs) and the rangefinder’s single viewfinder combines framing and focusing into one (unlike the Argus C3).

The aperture ring is forward of the focusing ring which is effectively the entire lens. Shutter speeds are limited to 10, 25, 50, 100 and 300. The C4 does not have a light meter (non of my grandfather’s cameras do). Curiously, a hand-held light meter was missing from the collection. For this project, I have been using a light meter app on my iPhone as well as gut instinct to set the proper exposure. 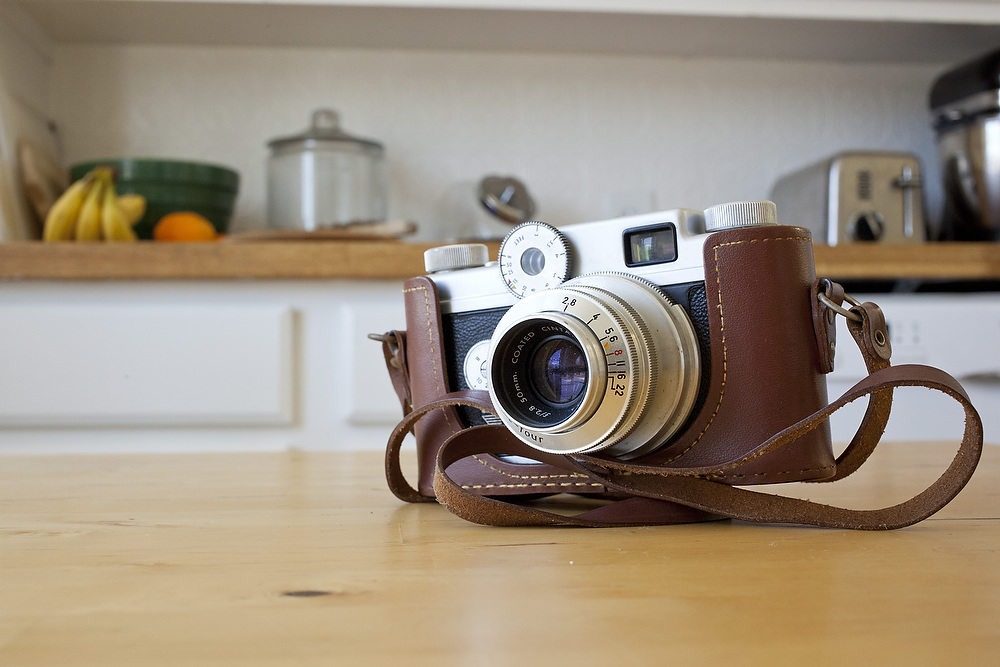 The C4 is the most modern as well as the easiest to use of the collection, so I brought it along on my family’s recent trip to Hawaii. However, I live by the beach in California, so it may be difficult to tell the difference between the images shot in Kauai and in San Francisco. 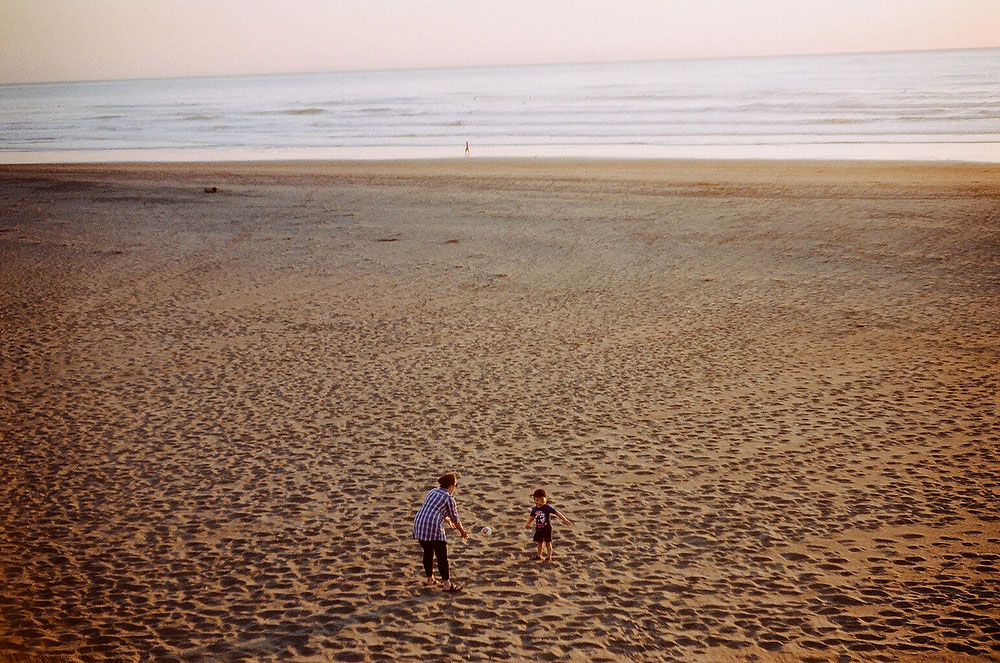 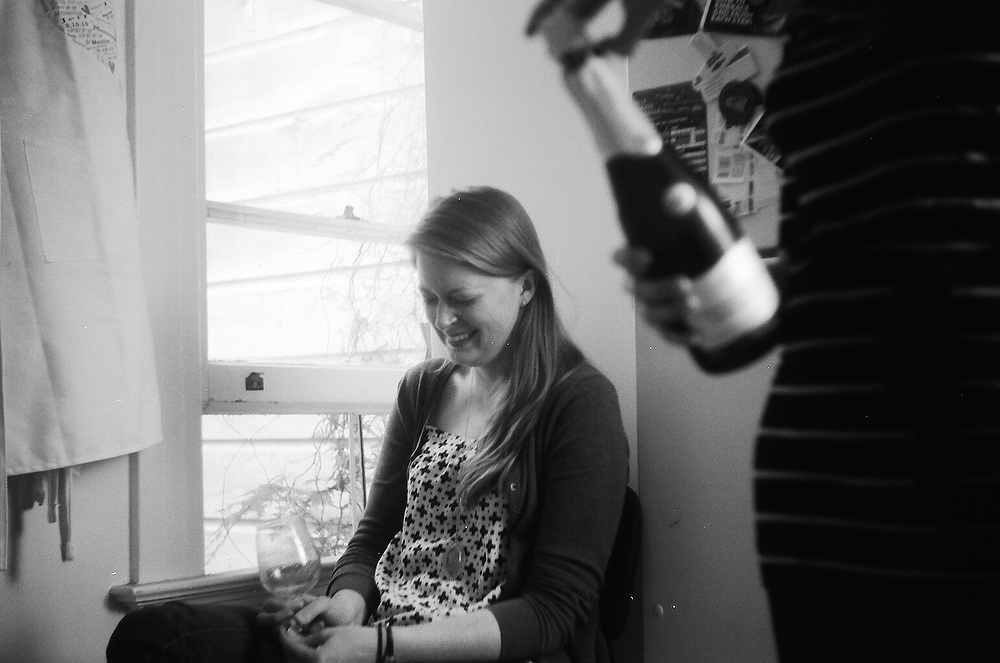 Brunch at Jeff and Monica’s in San Francisco

I carried the C4 like I used to carry around my digital SLRs. It felt good to get back into the practice of documenting my surroundings. 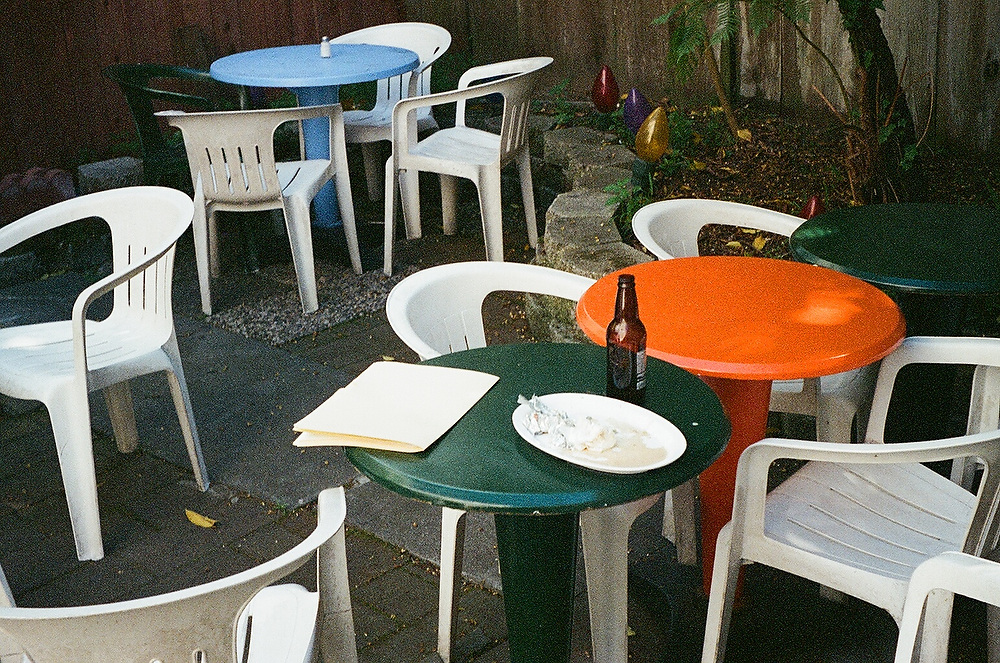 Outdoor dinning at my favorite kebab shop in the Inner Sunset neighborhood of San Francisco. 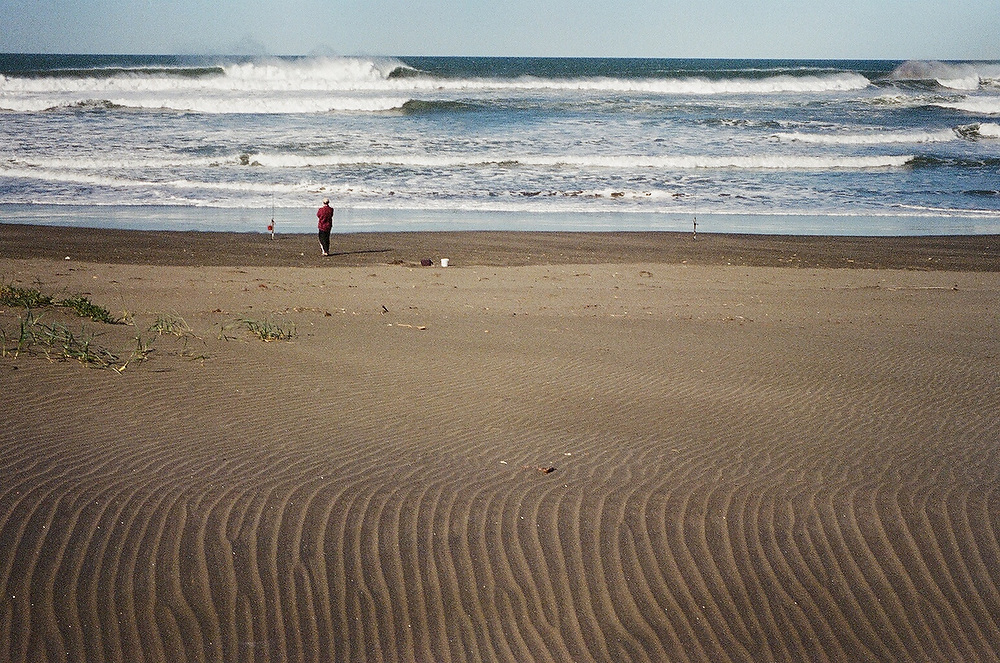 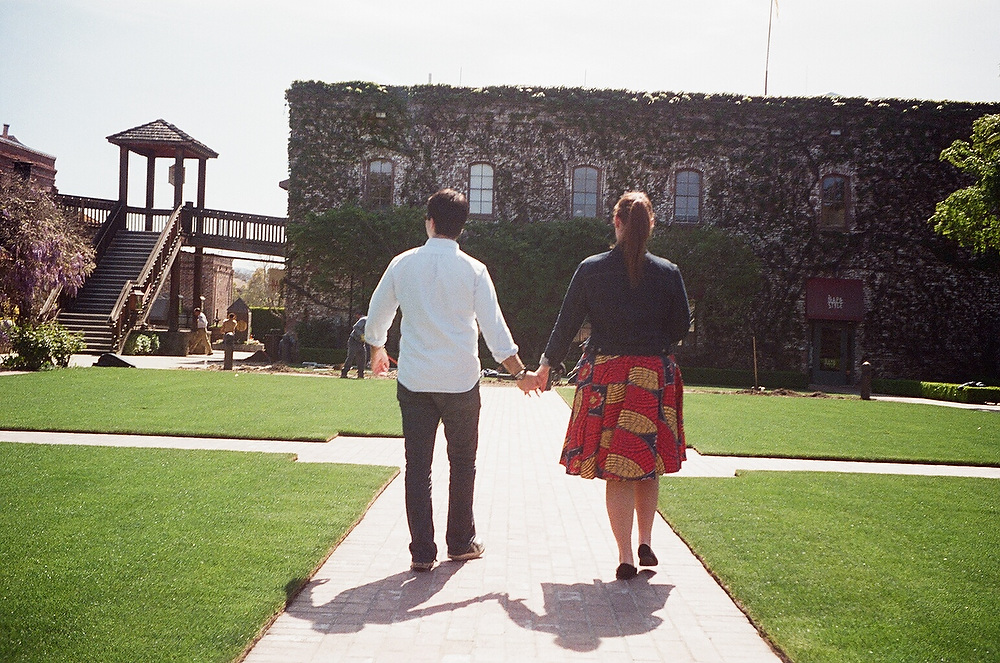 Visiting wedding venues in Napa with my very good friends Ian and Thalia. 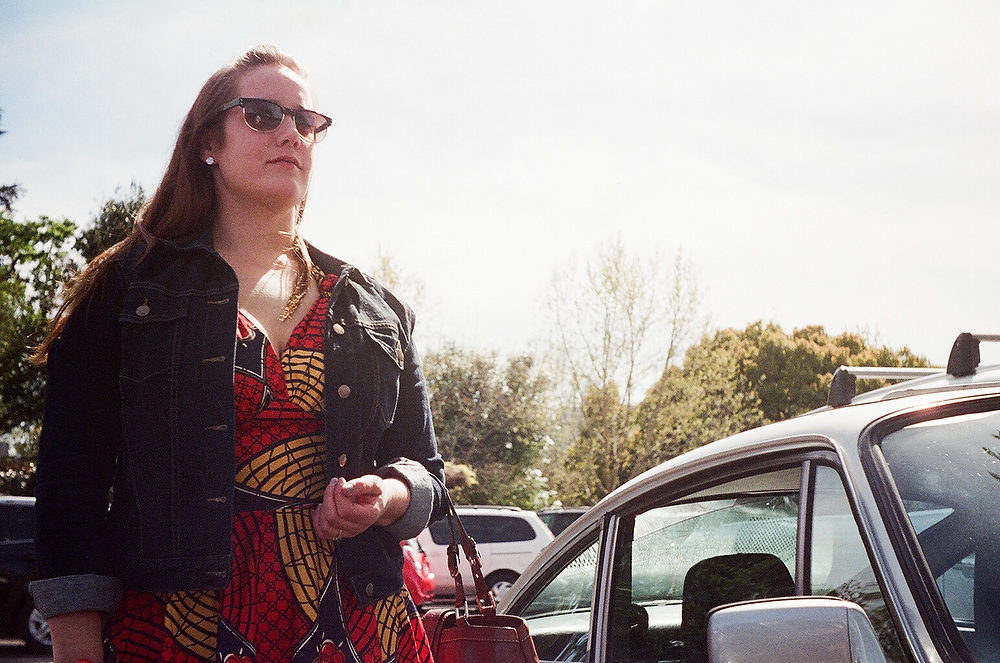 Taking the C4 to Hawaii was especially meaningful because 80 years ago, my great-grand father took the Cine-Kodak  movie camera to Hawaii on a cruise in 1936. That movie camera would eventually be handed down to my grandfather Bob, and then down to me. 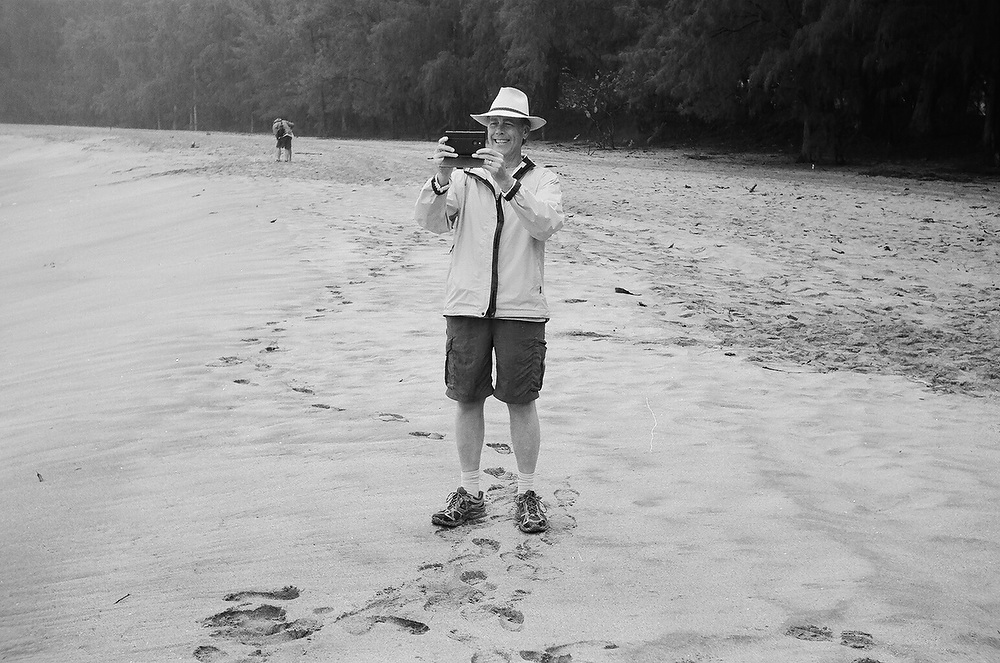 My dad, Bill, taking a photo of me with his enormous phone in Hawaii. 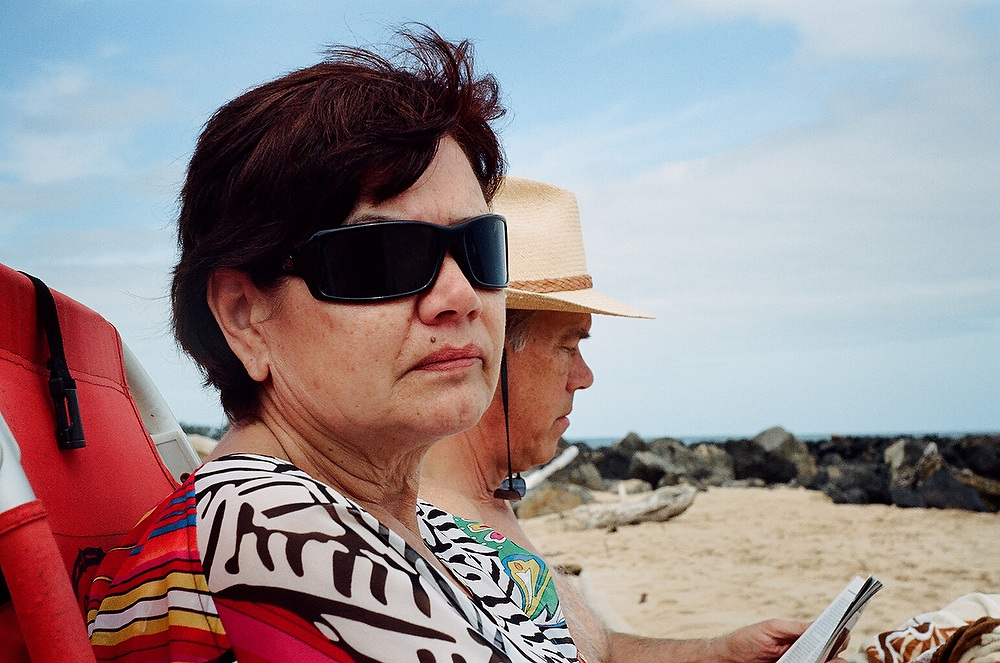 My mother, Ruth, on the beach in Kauai. 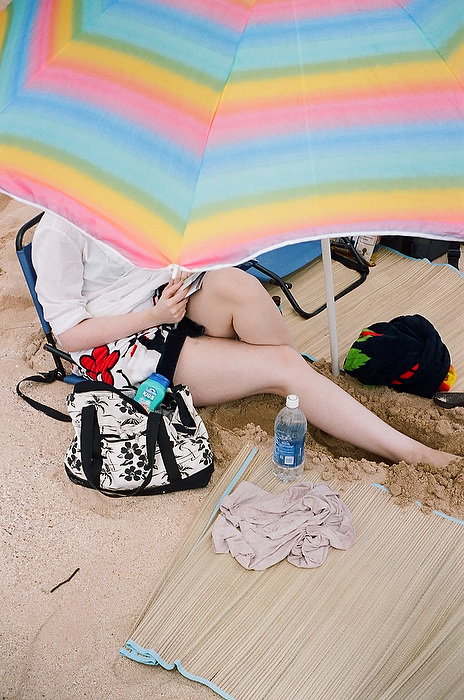 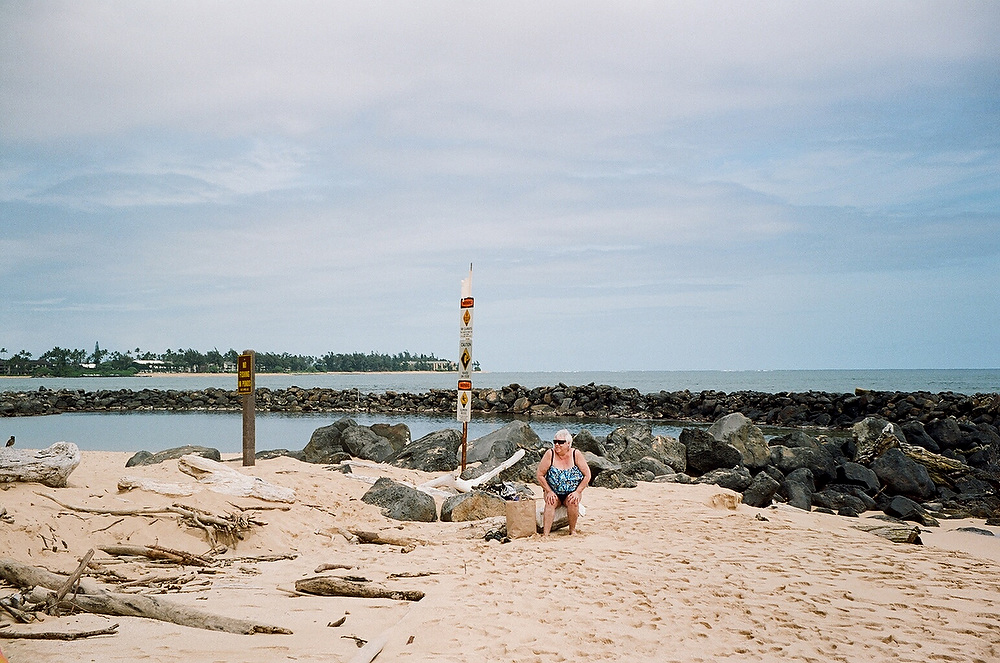 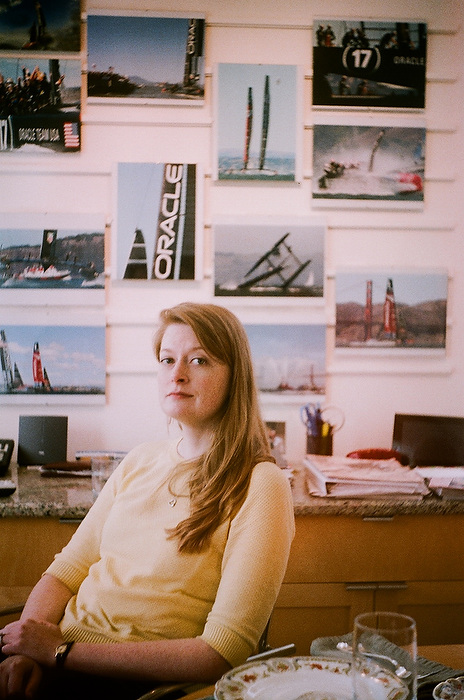 My fiance, Sarah, back home in San Francisco.

I fell in love with Kodak’s 160 VC film. I was disheartened to find out it isn’t made anymore. I have 1 or 2 rolls of it left. The color and gain are fantastic, especially for film that expired over 10 years ago. 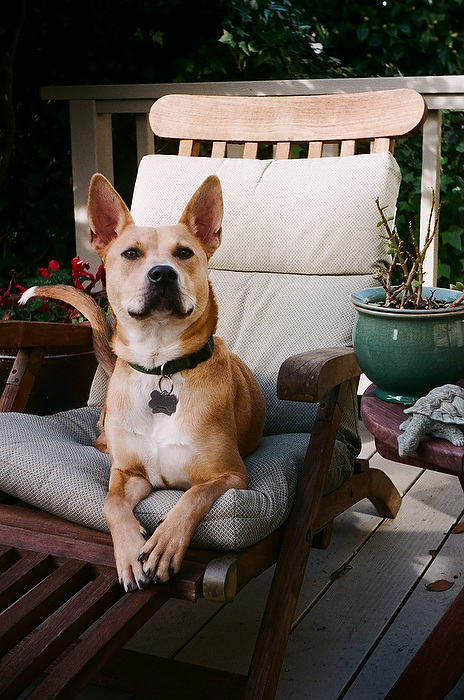 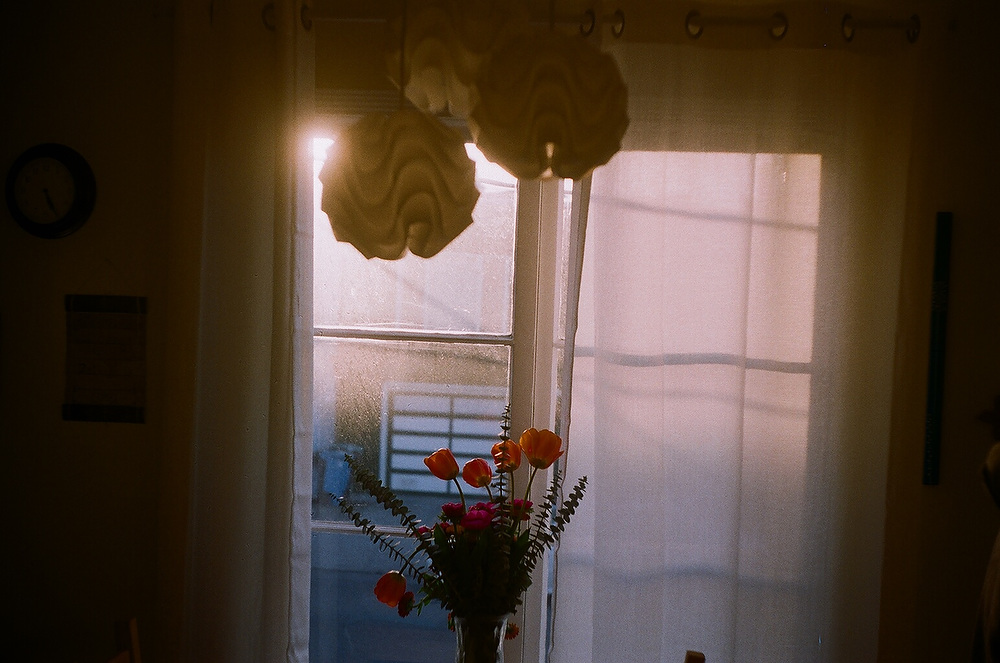 My kitchen, at sunset. 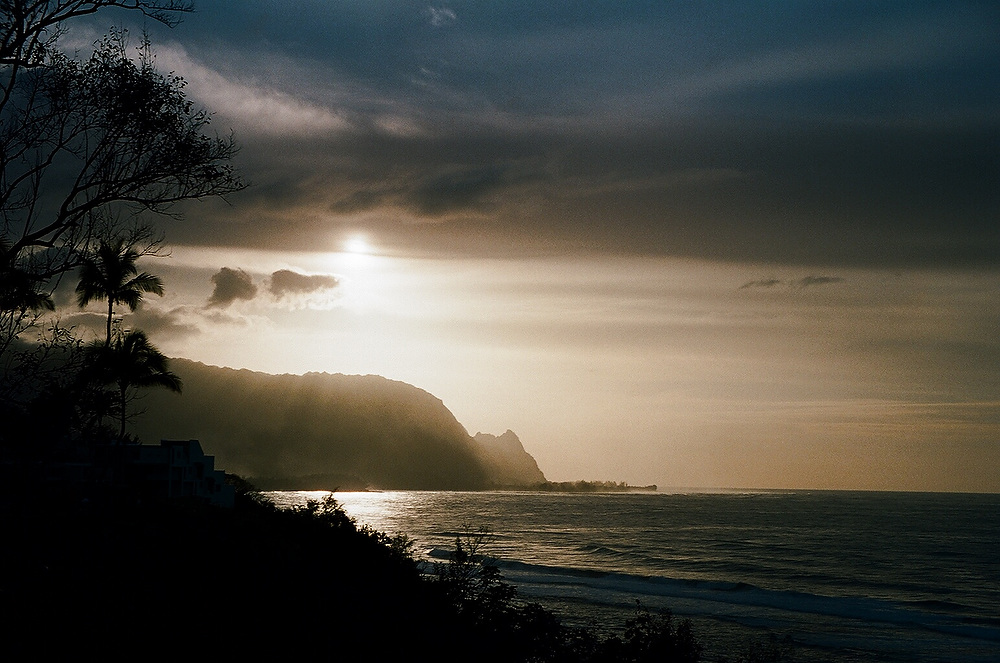 Next up will be the predecessor to the Argus C4, the C3.